Those familiar with Ian McEwan’s 1998 Booker prize winning novel Amsterdam might expect that top of the list of ‘suicide tourism’ destinations is the Netherlands. Ian McEwan’s book, Julian and Vernon meet at the funeral of Molly, their mutual former lover. Her death was caused by a brain disease that left her incapacitated within weeks. Based on the conviction that they would prefer to kill themselves instead of suffering like Molly, the two men make a ‘euthanasia pact’. In the course of the book, the relationship between the two changes and the unforeseen endgame takes them to Amsterdam. As events play out, the reader might assume that euthanasia is as easily available there as joints in coffee shops.

However, if we were able to travel back to the Netherlands of the 1990s, we would find a different scene. At that time, euthanasia was indeed accepted, as the provision of lethal medication by a medical doctor at the explicit and sustained request of a patient who suffers unbearably and has no hope of recovery. This practice had developed through court cases from the early 1970s onwards, which is exceptional given the structure of the Dutch legal system. From then on, many people had considered the formal legalization of euthanasia to be inevitable, but it did not happen until after the 1994 election defeat of the main Christian party, which had long been a significant player in successive coalition governments. The accepted practice was codified in law by a government of the labor party, liberal party and social democratic party in 2002, but internationally the Netherlands was a late comer to euthanasia debates. Here the public discussion dated only from the late 1960s, while the Euthanasia Society in London was established in 1935 and the Euthanasia Society of America in 1938. Late emergence was an advantage for Dutch advocates of euthanasia, because they were not linked to (now-suspect) eugenics, as most of the pre-war movements had been. 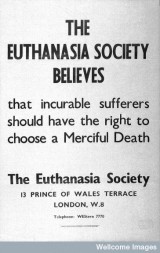 The acceptance of this practice at the time McEwan’s book was published doesn’t mean that euthanasia was commonplace in the Netherlands. The most reliable statistics available suggest that around 2% of deaths in the 1990s were due to euthanasia. It was, and is, mostly administered by general practitioners, who traditionally have a central role in the care of their patients and often develop a long-term relationship with them. This sustained familiarity between patient and doctor is considered to be an important precondition for complying with the wish of the patient. Formally, euthanasia is not a right in the Netherlands; the doctor can accede to the request if certain preconditions are fulfilled. Some medics object to practicing euthanasia as a matter of principle, and in some cases patients have switched medical practitioners to be treated by somebody who might carry out their wishes. But here too, a personal relationship will have to develop before the medic can be convinced that euthanasia is acceptable for that specific patient. As a consequence, there is no ‘suicide tourism’ in the Netherlands, at least as far as is acknowledged in public discourse.

But if not to the Netherlands, where do the incurably ill travel to find assistance to end their lives? The answer lies in idyllic Switzerland. There, a 1941 law ensures that you can only be convicted for supporting a suicide if you have selfish motivations. Recently, this legal construction has received more attention, not least because of Dignitas, an organization founded in 1998 to provide suicide assistance not only to Swiss citizens, but also to foreigners. To qualify for support from Dignitas volunteers, people need to be of sound judgment, a member of the organization and physically well enough to self-administer (generally drink) the drug. Since the lethal drugs have to be provided by a Swiss physician, the patient also needs to have a terminal illness, unendurable incapacitating disability or unbearable and uncontrollable pain. The number of people travelling to Switzerland to be assisted in suicide rose from 3 people in 2000 to 199 persons in 2006. They came mostly from Britain, France and Germany. The number seems to have declined more recently. In Britain, these one-wa 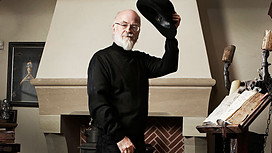 y journeys have been a topic of debate in politics and the media. Probably the most controversial example was the BBC2 documentary Choosing to Die which followed Peter Smedley’s journey to Zurich and included footage of his death. In Britain, aiding somebody to commit suicide is a crime punishable by up to 14 years of imprisonment, but although over 180 British citizens have chosen to end their lives in Switzerland since the foundation of Dignitas, no family members have been prosecuted. In February 2010, the Director of Public Prosecutions issued new guidelines under which family members will have little reason to fear legal consequences.

One last question: what do the Swiss themselves think about the ‘suicide tourism’ in their country? A 2011 referendum was held in the canton of Zurich on a call to ban assisted suicide for non-residents; it was rejected by a margin of four to one.

Ellen van Reuler is a graduate student in the Centre for the History of Science, Technology and Medicine at the University of Manchester, UK. Her thesis focuses on the histories of policies and services for cancer and palliative care in England and the Netherlands from WWII to the present.